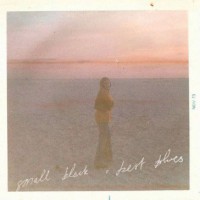 After a year of recording the band enlisted mixer Nicholas Vernhes (War On Drugs, Deerhunter) of Rare Book Room Studio to help complete the record.

Cut-to-the-chase rippers ‘Back At Belle’s’ and ‘Checkpoints’ embody and build on the group’s signature gritty yet focused electronic sound. While more pastoral tracks such as ‘Between Leos’ and ‘XX Century’ - skeletally based on recorded improvisations - find the band painting a more nuanced, assured aural portrait. The repeating of the line “twentieth century” on closer ‘XX Century’ serves as a coda for the album, offering a simple summation of what ‘Best Blues’ intent has been from the opening Casio stab: an attempt to re-examine the past but also one to let it go.

“Another sparkling gem of widescreen, starry-eyed synthpop from a band who’ve been crafting such gems for years.” - Stereogum

Personal Best
No One Wants It To Happen To You
Boys Life
The Closer I Look
Big Ideas, Pt. 2
Back At Belle’s
Between Leos
Checkpoints
Smoke Around The Bend
XX Century