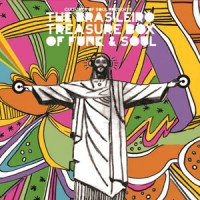 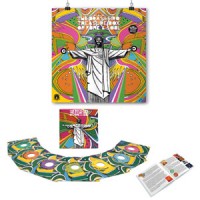 Greg Caz and Deano Sounds have teamed up once again to bring you another fine package of vintage Brazilian music. This one stretches across the scope of funk, soul, and psychedelic music from Brazil. Some highlights include: the extremely rare and funky “Labirinto” by 2001 & Beto, the blistering psychedelic funk of Antônio Carlos & Jocafi’s “Quem Vem Lá,” the essential rare groove track “Bananeira” by Emilio Santiago, Osmar Milito E Quarteto Forma’s rare “América Latina” sampled by Madlib, Tom Zé’s unstoppable riff on “Jimmy, Renda-Se,” and many others. Here are some words on the project from co-compiler and Brazilian music aficionado, Greg Caz: “Without necessarily having a central theme other than funky nuggets from the first half of the 70s, we believe this compilation displays its own particular sense of logic, and that these songs ultimately all sound fantastic together. Regardless of one’s familiarity, or lack thereof, with artists like Antonio Carlos & Jocafi, Os Incríveis, Toni Tornado or Celia, the material on these 45s speaks its own truth and justifies their inclusion here. Many of these were originally available as singles, while others were taken from albums, but all are guaranteed to find their way into many DJ boxes and playlists.”