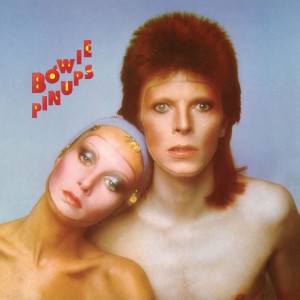 David Bowie's seventh album was his last to feature the famous "Spiders From Mars" band. It originally came out in November 1973 and is unique in that it is made up entirely of cover versions. In the original liner notes Bowie wrote that the original songs carried the flavour of "64 to '67 London" when he was first getting his band together. As such, it really does feel like a labour of love. Apart from enormo stars Pink Floyd, The Kinks and The Who, he also mastered tracks by The Merseys, Pretty Things and Easybeats. In short, a fine collection of classic songs given that indefatigable Bowie stamp.

Andy says: Kooky covers LP from 1973 which was the last record the "Spiders" would play on together.