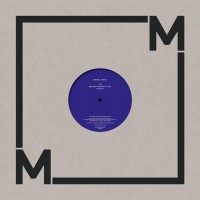 For the second installment in their 12” series Music From Memory present two deeply forward thinking electronic tracks from British musician Michal Turtle made between 1983-4. The first track "Are you Psychic?" is taken from Turtle’s obscure ‘Music From The Living Room’ album which Michal recorded literally in the living room of his family’s South London house at the age of 22. Over-running his parents' front room with various synthesizers, amps and instruments, and setting up a portable four track studio the "Music From The Living Room" tracks were built around live jams that took place alone or sometimes with musicians he would invite to play alongside him. Whilst seemingly sample based the instruments were played live and any voices or sound effects were actually recorded directly to tape, or put onto tiny 2.5 second cassette loops. "Astral Decoy" was made in the year following the release of his only solo LP and forms part of a series of unreleased tracks that reflect a growing interest in combining electronics with more analogue elements such as Xylophone and live percussion. At the same time this track draws inspiration from the sound of electro and boogie which Michal had become greatly interested in at the time, and in particular the work of musicians such as Grandmaster Flash. With access to the archives of the many recordings made at his family home, this 12” serves as an introduction to a wider compilation of Michal Turtles works which is to follow on Music From Memory.

A1. Are You Psychic?
B1. Astral Decoy