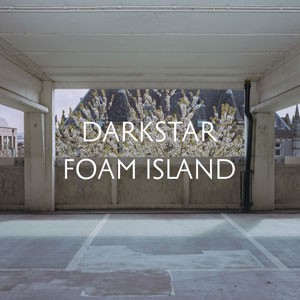 ‘Foam Island’, the third studio album from Darkstar, is a beautiful contemporary electronic pop album that deals with powerful themes of ambition and hope against the odds in the 21st Century.

Since their early dancefloor 12”s on Hyperdub from 2008 and through two vocal-led albums in 2010 and 2013, Darkstar have been an influential force in the UK’s electronic scene.

During trips to visit family in Northern England, founder members Aiden Whalley and James Young noticed a change in the area’s social atmosphere. This climate began to increasingly influence the duo’s writing sessions and they began a three month project of documenting this by talking to local young people in nearby Huddersfield. The lyrics and the sound palette for ‘Foam Island’ were shaped by the people and emotions they encountered and their recordings of interviewees’ speech have been compellingly woven into the tracks.