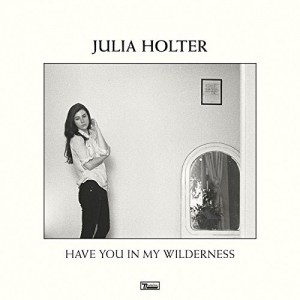 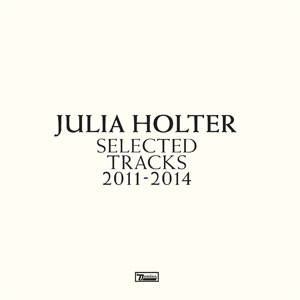 THE PICCADILLY RECORDS ALBUM OF THE YEAR 2015.

PICCADILLY RECORDS EXCLUSIVE: For a limited period only, buy either the vinyl or CD of 'Have You In My Wilderness' and get a free CD bonus disc, Julia Holter 'Selected Tracks 2011-2014'.

'Have You In My Wilderness' is the fourth full length album by Los Angeles artist Julia Holter and her most intimate album yet. Recorded in her hometown over the last year and once again crafted with Grammy-winning producer and engineer Cole Greif-Neill, the album follows 2013's 'Loud City Song' and two much-lauded previous titles - 'Ekstasis' (2012) and 'Tragedy' (2011).

'Have You in My Wilderness' was written from the heart - warm, dark and raw - and explores love, trust, and power in human relationships. While love songs are familiar in pop music, Holter manages to stay fascinatingly oblique and enigmatic, with some of the most sublime and transcendent music she has ever written. Like Holter's previous albums, 'Have You in My Wilderness' is multi-layered and texturally rich, featuring an array of electronic and acoustic instruments played by an ensemble of gifted Los Angeles musicians.

'Have You in My Wilderness' is also Holter's most sonically intimate album, with her vocals front and centre in the mix, lifted out of the layers of smeared, hazy effects. The result is striking: clear and vivid, but disarmingly personal.

Andy says: Finally Julia Holter does what she's been threatening to do for ages: combines all her arty, classical, jazzy, ehtereal, avanty otherness into one near-pop masterpiece! Definitely one of the best records this year.

David says: 'Have You In My Wilderness’ is Julia Holter’s fourth and most accessible album to date, but given that previous records have looked to Greek Philosophers and French novelists for their inspiration, this perhaps isn’t the boldest of statements.
Holter, a music and composition graduate, approaches her craft in a cerebral, conceptual way that is still very much apparent on the album’s arrangements and time signatures. However, on ‘Have You In My Wilderness’, her more exotic tendencies have been tamed by producer M Cole Grief-Neill. He’s convinced Holter to shake off the shackles of reverb in which her otherworldly voice has always been chained and let it take centre stage on the record. It’s a master stroke that’s culminated in a sonically direct, shimmering, leftfield pop classic that everyone at Piccadilly Records has been willing her to make since first hearing 2013’s ‘Loud City Song’.
Dark and lovely, exploring pop’s universalities of love and relationships, ‘Have You In My Wilderness’ is the perfect soundtrack to winter’s long nights. Where previously Holter could be accused of being cold and aloof, she now revels in a new found warmth and intimacy. It’s like the girl on the bus that’s been ignoring you for months suddenly walking over and saying “hi, fancy going for a drink later?” - Completely unexpected and all the more wonderful for it.
But wait, don’t go! I know what you’re thinking. ‘Love and relationships? Surely ballads are the end credit to a thousand, desperate Saturday nights; certainly nothing new in pop music?’ BUT, and it’s a big but, Holter’s take on this, the most clichéd of pop clichés, is brilliantly oblique. Flitting from orchestral chamber music to Laurel Canyon introspection, it’s a schizophrenic record, whose many competing voices have combined to make ‘Have You In My Wilderness’ Piccadilly’s favourite album of 2015.