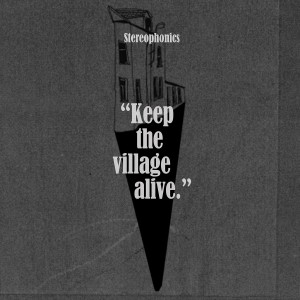 ‘Keep The Village Alive’ comes hot on the heels of the acclaimed, platinum selling ‘Graffiti On The Train’ (2013) and once again Kelly Jones has written all the songs and shared production duties with long time collaborator Jim Lowe. The album was recorded at ICP Studios in Brussels and at Stylus Studios in London.

Since winning a Brit Award for Best New Group in 1998 Stereophonics have gone from strength to strength, consistently delivering outstanding music over several decades, a band consistently at the very top of their game.