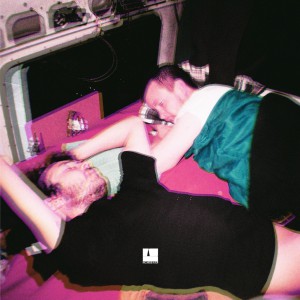 Richard Fearless (ex-Death In Vegas) has reworked the already epic album closer ‘Sea Of Trees’ and, instead of playing up the original’s krautrock groove as you might expect, he loops a five-second sample of the song’s opening on a distorted synth, adds a pulsating techno groove and turns it into something that sounds like a long-lost Metroplex record. That slighty lo-fi edge is accidental – the track was finished not long after Richard DJ'd at Spectres’ album launch show at The Lexington in London earlier this year, but the very next day his studio was broken into and his computer stolen. It contained not only the master of this remix, but almost all of his work from the previous 15 years and, despite appeals for its return, it has never been recovered. But, as luck would have it, he had made an mp3 version to listen to, and it was good enough to master from.

There was less drama with Gabe Gurnsey’s Factory Floor remix on the flipside, but no less excitement, as Spectres are huge admirers of the post-industrial electronic trio, even supporting them at an instore show in Rise in their hometown of Bristol. Here the original’s wall of noise is held at bay, snippets of guitar and vocals breaking through as if phoned in from another dimension, while jerky, jittering rhythms hypnotise for just under seven minutes.