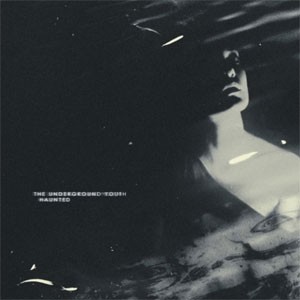 Manchester's The Underground Youth is here with with yet another hauntingly beautiful record that blends shoegaze, post-punk and psychedelia. TUY is the name under which Manchester’s underground poet, Craig Dyer, has produced his records since 2009. In 2011, Fuzz Club Records started putting out his prolific catalogue, bringing to light a number of LPs and singles that had only circulated virally on the Internet. Since then, TUY, with Craig and Olya Dyer as the core of the band, have expanded to a five piece, gaining a solid international fan-base and touring all around the UK and Europe.

Drowned In Sound said of their Eindhoven set: “combining the mesmeric rhythms of The Velvet Underground - Olya Dyer's driving beats make her the new psych generation's Mo Tucker - with rippling feedback associated with Bad Moon Risingera Sonic Youth and a dash of the Mary Chain thrown in as well, they're a captivating force”.

Barry says: Manchester's Underground Youth return with another slice of post-everything psych-rock-tronica. Combining beautiful guitar melodies and repeated vocal refrains with overwhelming pastoral electronic washes, this is a collection founded on indie pioneers past, but expanded upon to the Nth degree and updated. 'Drown In Me' is a particularly accomplished slice of synth-heavy industrial sadness, interspersed with bursts of cautiously optimistic shoegaze-y guitars. Nothing too sunny about this, but it's nice to wallow in the bleakness of life sometimes, and there really is no better way to do it. A soundtrack to industrial ruins, and rainy evenings. Highly recommended.

1. Collapsing Into Night
2. Haunted
3. Dreaming With Maya Deren
4. Self Inflicted
5. Drown In Me
6. The Girl Behind
7. Slave
8. Deep Inside Of Me
9. Returning To Shadow