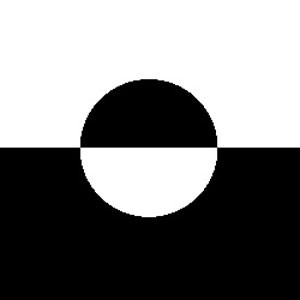 A sweeping, cinematic, emotional change is in the air. Molly Nilsson’s sixth studio album Zenith begins with clear, wide eyes open to Earth as we would love it to be but seldom is. Recorded in her home of Berlin and whilst touring and, as ever, conceived, produced, written and recorded in solitude, Zenith is Nilsson’s big statement and consequently her most affecting work to date. It sees her reveling in big arrangements, sweeping synth strings, bigger choruses and emotions. Like the rest of us she looks within and to endless sunsets in wonder and puzzlement.

That Molly Nilsson is a DIY cult figure is beyond question; she has always written directly and with wit straight down the line between the universal and the personal. The difference with Zenith, and you can hear it in the opening chords of opener The Only Planet, is that her scope is now much wider and her heart heavier than ever before: over a post-ecstatic dusk, Nilsson serenades the globe in a loving embrace. Following on, 1995 is, arguably, one of Nilsson’s finest songs to date. It’s one of those songs to learn the lyrics to, to listen to on repeat, a reason to wear the grooves down to the bone, it’s why pop music can be one of the greatest art forms we have. It’s an example of how, on this album, Molly draws the listener closer to her heart than ever before.

There’s simply no escape from the line “The plans that you made / when you still had the time / I’ve saved all the things that you left behind but by now I guess I’d consider them all mine /Windows 95, is only a metaphor for what I feel inside / Although I’m older now / there’s still an emptiness that’s never letting go somehow.” Show-stopper Mountain Time is the soundtrack to being on the run, from societal conventions, from normative ideas of happiness, from your surroundings. It’s the intoxicating call of the renegade. That’s not to say that Nilsson’s light touch has been forsaken for grandiose statements. Bunny Club begins as a demo-sketch before breaking into a fast-paced tale of doomed romance with big rave synths and Bus 194 (All There Is) sees Molly joyride through a city on a happy hardcore bus.

But it’s tracks like Tomorrow and another contender for best-ever-Molly moment, Happyness that the true scale of what she’s accomplished reveals itself. We’re locked in a spiraling orbit, strings and bass whirling, gazing at the spinning planet below us as we contemplate both the ultimate freedom in loneliness and the glimmer of hope in the Other. Can we ever be truly with someone? Are we ever truly alone? Over the 13 tracks here we get the impression that Nilsson may always be restless; like anyone else she has conflicting feelings of love and hate. It’s just not many other people can tell you exactly how you feel before you know it yourself.