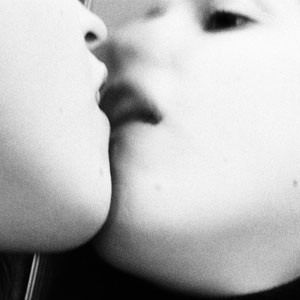 Making her recording debut just two years ago in 2013, Helena’s first release was a 3-track EP - 'Actio Reactio' - on Actress’ Werkdiscs imprint. She has since partnered with PAN (as Black Sites alongside F#x), Lux Rec, Bunker sublabel Panzerkreuz and Texan cassette imprint Handmade Birds to share her overtly analogue excursions into techno’s shadowy fringes, improvised and recorded in her bedroom studio in Hamburg. Fully embracing her love of hardware, Helena joined James Dean Brown’s legendary electronic improv outfit Hypnobeat (founded back in 1983) in 2013, blazing a trail across Europe with their intense polyrhythmic jam sessions on the TB-303, TR-707 and TR-808.

Ten tracks deep, 'Discreet Desires' is the embodiment of Helena’s deep-seated beliefs about music as a radical force and unifying movement. Something that is evident from her growing stature as a selector and her enthusiasm for musical subcultures from punk to new wave, industrial, EBM, krautrock and avant garde electro - all of which were rooted in raw experimentation and existed in polar opposition to the perfect, polished mainstream.