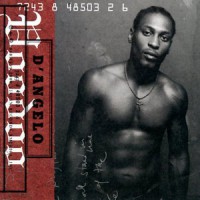 'Voodoo' hit store shelves on January 25th 2000, just a few weeks after the New Year celebrations to end them all. But the first great album of the new millennium was born in the 1990s, and its muggy grooves capture the sound of premillennial anxiety. The album is the product of perfectionism, obsession and paranoia. 1995’s debut 'Brown Sugar' had already strategically positioned D’Angelo - born Michael Eugene Archer and Virginia-raised to a Pentecostal preacher father - as the next Hendrix-like deity in black music, after Prince and maybe Lenny Kravitz. But since its release, D’Angelo had become distracted by weed and weightlifting, he’d been shaken by the deaths of Tupac Shakur and The Notorious BIG and debilitated by sophomore pressure. In the interim he’d fathered two children, switched managers and jumped to a new record label.

Though inspired by the birth of his children and trips back to Virginia, 'Voodoo'’s roots are in 1960s, 70s and 80s funk and soul; a nostalgic nod to the ideas and inventions of black music trailblazers powered by avant-garde hip-hop and jazz-influenced rhythms. D’Angleo’s aim, he said, was to reclaim R&B. He wanted to be like Sly Stone, George Clinton and Al Green. And most of all, he wanted to be like Jimi Hendrix. Where does a potently focused young man go to remake 'Electric Ladyland'? New York’s Electric Lady studios, of course: in the same rooms in which Hendrix and Stevie Wonder reinvented music decades earlier, and on the same equipment too. In an era in which soul musicians were obsessing over all things synthetic, D’Angelo was looking to the warm sounds of the past. Electric Lady’s Studio C became D’Angelo’s brand new creative laboratory.

D'AngeloBrown Sugar - Back To Black Edition