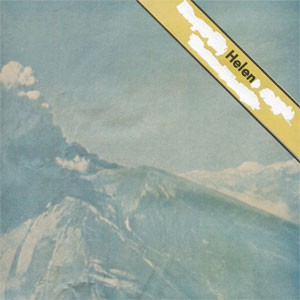 When I was a child, I spoke to Helen.

Originally started with the intention of being a thrash band, it turned into something else entirely.The Original Faces was recorded over a period of several years in Portland by the band members, their friends Nick, Chris and, largely, Justin Higgins. Written together, some songs based on Liz and Scott?s demos.