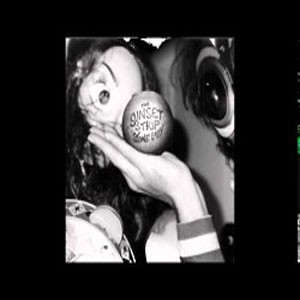 Having recorded / released several well received albums for Au Go Go in the mid to late 1980's/early 1990's, including the much revered "Move Right In" opus, once referred to as “..a minor masterpiece of multi-layered guitar riffs and dark, acid-blues / avant-sludge rock… it remains one of the most underrated independent albums ever issued in Australia…”.

They recorded / released two incredible CDEPs, "Scrape It Out" and "Nothing Lost Nothing Gained" (both over 30 minutes long) for the Dogmeat label (for whom this album was to be released, but they sadly folded before it could happen, thus languishing in vaults since).

This is an incredible snapshot of musical work from a verdent period in Melbourne / Geelong recording history.

So, now in 2015 and Brown and fellow Strip guitarist Andy Turner have assembled the pieces and issued it on vinyl LP / CD. Drawn from a number of sessions, recorded between 1993-1995 by original band members Andy Turner and Warwick Brown with Mike Glenn / Paul Ryan and featuring guests Tim Hemensley, Joel Silbersher, and Charlie Owen. This is a first time release for this album; a vinyl pressing of 250 on the GREVILLE label and a w/w CD pressing on Agitated Records for this 10 tracker.

The Sunset Strip emerged out of the vibrant 80s Australian indie music scene with very different slant to the Detroit sound that was predominant. Mining a seam of guitar-heavy music that stretched from The Byrds to Buffalo Springfield to Crazy Horse to Dinosaur Jr and beyond, the band was critically but never commercially successful and fell apart in 1995. This is guitar music at it's broadest - from maelstrom to melody.Prepare to be swept away.

The Sunset Strip track "Mercy Killing" (recorded in the same time as this album) was featured on the recent Amorhpous Androgynous; Wizard of Oz compilation.

A really special archival release, there will be a primer of classic Sunset Strip tracks released on Agitated soon also.