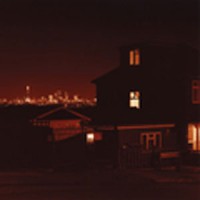 Record Label
No Pain In Pop

Ahead of an exceptional debut LP due late 2015 through NPIP, Sim Hutchins (West Essex, UK) opens with a totemic statement of intent; a prismatic and chaotic piece of romantic handmade avant-techno, washed in reverb and built from dissonant harmonies…

…Closing up is South London producer/composer Jire, who released the acclaimed ‘Kiowa Polytope’ EP through NPIP in late 2014 at the tender age of 19. His first track since is a fluctuating sonic structure, deep with emotional resonance. A second NPIP EP due end 2015.