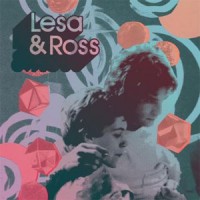 Of historical interest in all manner of ways; Lesa Aldridge was the longterm partner and muse of Alex Chilton and a key collaborator -perhaps only hinted at until now- for the legendary sessions for Big Star’s Third / Sister Lovers LP. Whilst fellow Memphis music head Ross Johnson cut his teeth as drummer for the legendary Tav Falco’s Panther Burns. When you throw in the production skills of the equally legendary, late great Jim Dickinson (the raw / skeletal tracks here recorded by him at Zebra Ranch in Mississippi) that makes for a heady brew -the latterday “glue” production wise, for which was provided by mutual friend Kip Uhlhorn of Cloudland Canyon….

Eight fabulous songs including covers by The Velvets and The Shadows of Knight which is apt as there are general nods to 60s garage inspired spikey pop throughout, via the psych and drone leanings of Spacemen 3 and some of Kip’s work with Cloudland Canyon.

A wonderful album representing Lesa’s first released recordings since a 7” in the late 70s / early 80s and is released as a limited coloured vinyl only pressing of 500, with a beautiful previously unseen, cover photograph of Lesa with Alex Chilton and insert featuring insightful sleeve notes from Ross Johnson. Sure to go quick….