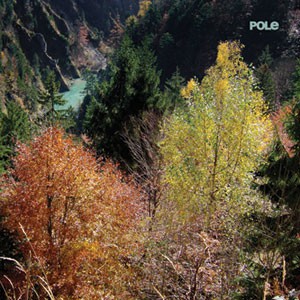 'Wald' begins immediately, ends abruptly, and is divided into three acts over three tracks. It is the first studio album under Stefan Betke's Pole moniker for eight years. Eight years is an eternity in the digital age - yet the pieces on ‘Wald’ seem timeless, or to have fallen from time.

Over several years, long walks in the woods preceded the resumption of the production of his new material. He was essentially waiting, applying patience, and viewing life as battery which needs to be recharged. For Pole, the forest was where it was at: its spatiality; the above, below and beyond; the horizon, offset by the vertical axes of the trees. "With previous albums, the city was that forest. Inspiration came from a walk through Berlin or Manhattan, where I could hear or see or read something and then understand that it is possible to continue." So the forest was where Pole found the urge to “transcribe" that nebulous feeling into music.

On ‘Wald’ it is manifested, for example, in raw sounds (second act) and in psychedelic structures (third act), which sound as if they might be guitars (but are actually distorted synthetic lines). The new compositions on ‘Wald’ do not deny their inheritance within the continuum of dub, yet they bring an entirely new vocabulary to Pole's sonic and spatial universe. The structures, forms and processes that Betke perceived in the forest were translated into musical structures, forms and processes that inherently sounded like Pole. Perhaps the forest simply produces reverberations (just like the echo in the mountains!) that give rise to a bounty of thoughts. The story behind it is told in music, without the use of words – as has previously so often been the case with Pole.