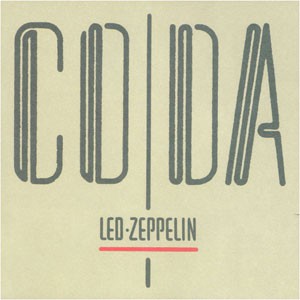 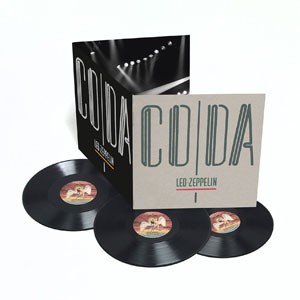 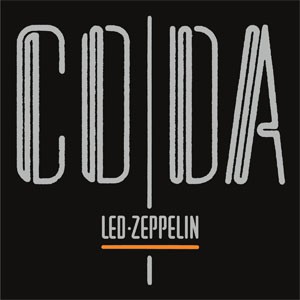 Deluxe edition of Coda newly remastered by guitarist and producer Jimmy Page and accompanied by companion audio comprised of previously unreleased music related to the original release selected and compiled by Page. The appropriately titled Coda was Led Zeppelin’s final album of studio recordings. Released in 1982, it was comprised of eight unreleased tracks recorded between 1970 and 1978. It peaked at #6 on the album charts and has been certified platinum in the U.S.

Coda is the only Led Zeppelin deluxe edition to include two companion discs, featuring 15 tracks recorded between 1968 and 1974. The oldest song in the collection is also perhaps the most interesting. The frenetic blues jam “Sugar Mama” was recorded in 1968 at Olympic Studios during sessions for the band’s eponymous debut. The song was completed but never officially released until now. “Baby Come On Home” from the same session is also included in the set. Also included is the previously unreleased “St. Tristan’s Sword,” a rollicking instrumental recorded during the Led Zeppelin III sessions in 1970.

Andy says: Who'd have thought that Leppelin's least alluring album of the day, would end up being the most interesting release in this deluxe/remastered series. Includes the hallowed Indian version of "Friends". For proper fans: essential.