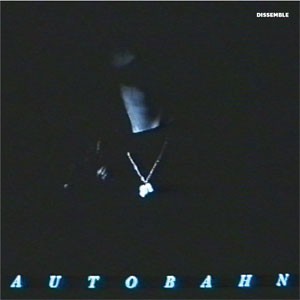 "The world I write about is a jaded version of reality, but where it comes from isn't quite apparent to me yet”.

Following the release of two self-titled EPs over the past 12 months, AUTOBAHN announce details of debut album, Dissemble.

Dissemble was recorded with Matt Peel at The Nave, a hometown studio situated in the wholly appropriate setting of a disused church. The band co-produced the record with Peel over six intense weeks at the start of 2015, dedicating all of their time to the studio and taking potentially unhealthy cues from the legacy of notorious obsessive, Martin Hannett. The result is an album that pushes the band through various degrees of light and shade, but ultimately into new, unexpected sonic spaces.