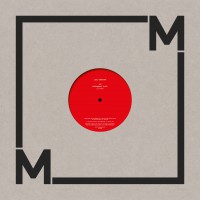 After wowwing us with the experminetal synthesis of their Vito Ricci retrospective last time out, Music From Memory continue their journey through obscure 80s electronics with this two tracker from the suitably low key Joel Graham. Prompted by a chance cassette discovery by Red Light Radio founder and label associate Orpheu de Jong, this two track 12” highlights the work of electronic music pioneer Joel Graham, a San Francisco based artist who self released two cassettes in 1984 / 85. Originally recorded and performed live on pre-MIDI analogue equipment in 1982 as an outline for a live performance, these visionary tracks provoke much of the same sensibilities found in both contemporary dance music as well as in works of more established vanguard artists of the time. Slowly unravelling and deeply hypnotic, Joel Graham’s music seems to manifest a doorway to a profound new world and can be seen as a forerunner of what was to come in electronic music. A-side cut "Geomancy" powers up gradually, first lulling us into a concentric cycle of drum box rhythm and blinking LEDs before blooming into a full frequency embrace of glacial synths. On the flipside, "Night" plunges us into the depths of a murky proto-techno ocean where propulsive bass sequences brush aside melodic synth shoals on the way to the subaquatic crystal realms beyond. Hats off to Amsterdam's finest once again - mindblowing time machine shit here!