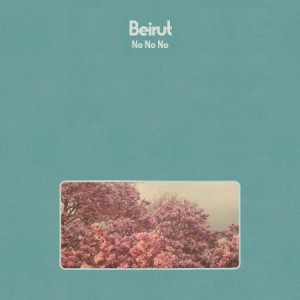 It’s December 2013, and Zach Condon is in an Australian hospital. He’s at the tail end of a 3-year non-stop world tour, suffering from health problems brought on by severe exhaustion, fighting through a messy divorce, and is trying in vain to escape the reality that’s dismantling around him and within him. From the hospital, he makes the difficult decision to cancel the rest of the tour. “I had completely broken down and my body was making me pay for it,” Condon recalls from his east Williamsburg home. Ironically, the artist so widely recognised for breaking geographical boundaries was being undone halfway around the world. Pensively, Condon concludes, “For the first time in my life, I was facing extreme self doubt. I had hit rock bottom.”

Met with enormous success at age 19, Condon’s career up to that point had been relatively smooth sailing. But now post Australia he finds himself back at home in Brooklyn and unable to write songs. It was 2014, and at age 28 he found himself completely lost. “I couldn’t fathom how one day I was capable of it and one day I wasn’t,” Condon remarks. The darkness clouding his physical and mental health had fully infected his creative and artistic abilities.

But this darkness contained a spark of light: he had fallen in love with a woman who inspired him to turn it around. Condon recalls, “having a positive presence like her both provides a healthy guiding force and shines a light on all the negative things in your life. I definitely wouldn’t be where I am now without her.” The two retreated to Turkey Summer of 2014, which proved to be the ultimate keystone in his personal renewal. It has since become their second home, providing perspective in both geographical and political landscapes. He was taken in and cared for by her family there for months (she is Turkish), and given a home base to build around, all during the summer of the Gezi Park riots.

Upon returning, still not fully himself, Condon would find himself uncertain, this time in the studio. “I would turn my phone off and be holed up in my rehearsal space alone for days at a time,” says Condon, “and come out with nothing.” He would compose and discard entire albums’ worth of material. For Condon, the songs needed to be born from melody, and if the melodies weren’t coming, the songs would never transpire.

So, with his back against the proverbial wall, Condon began a new approach, starting from scratch in Fall 2014 with nothing but an open mind and the musical camaraderie of bandmates Paul Collins (bass) and Nick Petree (drums). For two full months they hammered away daily, creating the foundations for what would evolve into No No No (as well as countless songs that would carpet the cutting room floor).

With winter approaching, he booked two weeks at a studio that, by sheer chance and unbeknownst to him, was located a few blocks from his home. This proximity would prove crucial, as the two weeks of recording turned out to overlap with some of the worst winter weather in NYC history – it was one of the coldest and snowiest on record – a fitting climax to the events of the past four years.

With his band by his side, No No No suddenly began to take shape, creating an exponentially productive excitement. Those two weeks in the studio, with blizzard after blizzard raging outside, resulted in Condon’s most vibrant and spirited record to date. On past records, Condon composed mostly on his own, electronically, building on sounds and arrangements with ProTools. This time around, the songs were constructed live, in the moment, by the band, and are more concert-ready than ever as a result. The band was significantly stripped down: guitar, piano, bass, and drums formed the bulk of the arrangements as opposed to the more obscure instruments for which he was initially known. No No No opens with a sort of tribal drum beat, quickly giving way to a more western/modern snare sound and drum machine – a subtle wink at Beirut’s own musical transformation.

There’s a caffeinated exuberance throughout the entirety of the record. The opening songs are particularly upbeat and awake, reflective of Condon’s newfound clarity, so much so in fact, that the fifth song, the instrumental breather ‘As Needed’ is exactly that – a necessary intermission. The second half picks up where it left off, with effervescent percussion across pop songs, often led by bubbly piano lines that showcase Condon’s development as a pianist.

If the darkest hour is right before the dawn, Condon’s dawn is the brightest point in his still-young career. He’s found his true artistic identity as a songwriter – one that greatly abandons many of the formulas for which he was first known. The songwriter within Condon has always been there, albeit sonically veiled on past records. It’s never been presented so prominently, and finds Beirut on its most stable and convincing footing yet.