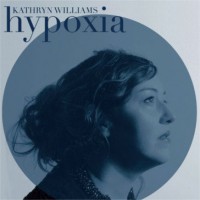 There are surprises to be found here too, like the dramatic glam rock guitars that suddenly erupt in lead single ‘Mirrors’ and in Kathryn’s deliciously idiosyncratic lyrics and delivery - her gentle voice loaded with an underlying edge that was always there but has never seemed more apposite.