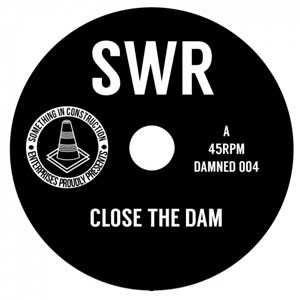 We definitely heard that voice. That warning. But if we don’t look, then we’ll never know, will we? And, turns out, we’d have missed out on something special.

Confession/confusion: Shaun Ryder taught me to dance, pretty much. It’s all a bit hazy now, of course, but there’s about ten records I just can’t resist and he’s made two of them. It’s been a lonnng journey, with many great records and a great many good times.

All of which makes Close The Dam more remarkable. It had us hooked inside 20 seconds: that strut, that slinky come-hither groove. Just a hint of Billie Jean perhaps? Producer Sunny Levine is Quincy Jones’ grandson, so maybe that is not too far-fetched.

What a tune, though. Shaun sounds more focussed than…than ever, really. Close The Dam is something new from him, a little bit future, a spare but insistent club track with the sort of lyrics that burn into your mind. Instant classic. Big.

“Bigger than you is”

Electric Scales rewinds the clock a little. If you half close your eyes, its dirty squalls would almost nestle into Squirrel & G-Man’s grooves. Almost. Until you realise just what is going on in the loping capsized production. It comes over harder than Close The Dam but wears its heart on its sleeve and if you roll with the punches, you’ll feel that clearly. There’s a lot of water under this one’s bridge.

Coming in low, out of the sun; no-one will see this coming - 2015 is full of surprises.

A. Close The Dam
B. Electric Scales