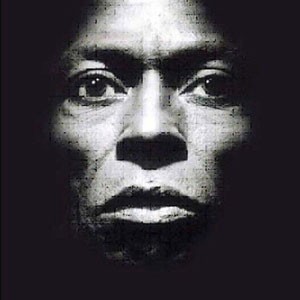 30 years ago, in May and June 1985, Miles Davis signed with Warner Bros Records, shocking the music world by leaving Columbia. He immediately started working on an album to be called 'Perfect Way', named after a tune by Scritti Politti, but later renamed 'Tutu' by producer Tommy LiPuma. When 'Tutu' (a tribute to Desmond Tutu) was released in 1986, it re-ignited Miles Davis’ career, winning him two Grammy Awards. The record reflected the 80s, just as Herbie’s 'Rockit' did. That meant keyboards, sequencing, dub effects, drum machines and tonalities that often had the brightness and sharpness of the Fairlight era. This album was a key factor in raising Davis’ status to an international superstar.

This deluxe double LP edition includes:
• The remastered original album
• An extra LP of live performances by the Miles Davis Octet of the Nice Jazz Festival of 1986 only available on the CD version of 'Tutu Deluxe'.
• The packaging is a replica of the original vinyl album, including stickers, LP labels, Irving Penn’s beautiful and iconic photographs
• All this on 180g double vinyl!