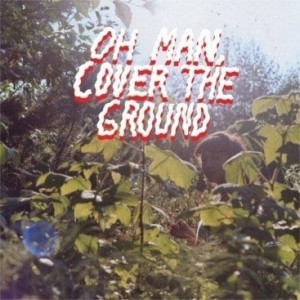 ‘Oh Man, Cover The Ground’’s softly-stated melodies and breezy air operates on its own sense of time. Though the songs still settle comfortably into threeminute parcels, their gestation bucked at the convention of pop music’s stringent time format.

“I’m really into meandering, fingerpicked open-tuned acoustic guitar, like John Fahey and Robbie Basho,” says Shana Cleveland. “I started playing guitar in that style during a year right before I moved to Seattle when I was lonely and bummed out in the San Fernando Valley and found solace in spending long afternoons fingerpicking slow moving improvisations.”

This casualness is evident in the music - you can hear it in the airy ambience of album opener ‘Butter & Eggs’, the gentle piano and strings accompaniment on the title track, the particularly Fahey-esque explorations of ‘Itching Around’ and ‘SPATM’. Even the timeline of the album’s development seems to defy the ephemeral haste that permeates so much contemporary music.

The bulk of ‘Oh Man, Cover The Ground’ was recorded in Shana’s basement. “I wanted it to sound casual and kind of loose like my favorite folk albums, so we didn’t practice much before recording and a few of the musicians were playing the songs for the first time.”