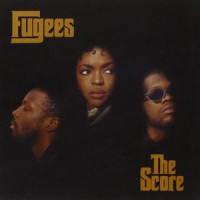 A breath of fresh air in the gangsta-dominated mid-90s, the Fugees' breakthrough album, 'The Score', marked the beginning of a resurgence in alternative hip-hop. Its left-field, multi-platinum success proved there was a substantial untapped audience with an appreciation for rap music but little interest in thug life. 'The Score''s eclecticism, social consciousness, and pop smarts drew millions of latent hip-hop listeners back into the fold, showing just how much the music had grown up. It not only catapulted the Fugees into stardom, but also launched the productive solo careers of Wyclef Jean and Lauryn Hill, the latter of whom already ranks as one of the top female MCs of all time based on her work here. Not just a collection of individual talents, the Fugees' three MCs all share a crackling chemistry and a wide-ranging taste in music. Their strong fondness for smooth soul and reggae is underscored by the two hit covers given slight hip-hop makeovers (Roberta Flack's "Killing Me Softly With His Song" and Bob Marley's "No Woman, No Cry"). Even when they're not relying on easily recognisable tunes, their original material is powered by a raft of indelible hooks, especially the great "Fu-Gee-La".