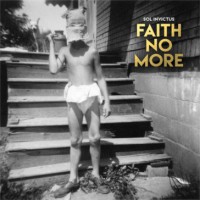 ‘Sol Invictus’ is the band’s first new album in 18 years.

‘Sol Invictus’ was produced by Bill Gould and recorded in the band’s Oakland, California studio.

Faith No More have influenced bands of all genres, including System Of A Down, Incubus, Muse and more.

The single ‘Motherf*cker’ heralded the arrival of the album and was followed by ‘Superhero’. Both songs feature on the album along with eight other brand new tracks.