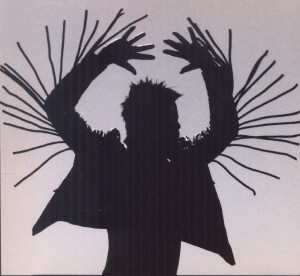 Twin Shadow aka George Lewis Jr. announces that he will release his new album 'Eclipse' via Warner Bros. Records.

Twin Shadow will play an exclusive and intimate show at London’s Electrowerkz on February 23rd. The show is co-presented by Beat Magazine and Eat Your Own Ears for London Fashion Week. Lewis and his band will return to the UK in Spring for a bigger headline show in support of the album.

Twin Shadow has released two previous albums on indie labels Terrible and 4AD, 2010's 'Forget' and 2012's 'Confess.' Live performances opening for Florence & the Machine and The Strokes, appearances at Coachella, Lollapalooza, and Bonnaroo, plus his own headlining shows have earned George a reputation as a charismatic and compelling frontman. He has also performed on 'Late Night with Jimmy Fallon' and 'Conan'. His track 'Old Love, New Love' featured in 'Grand Theft Auto V' was named one of the best songs of 2013 by Rolling Stone.