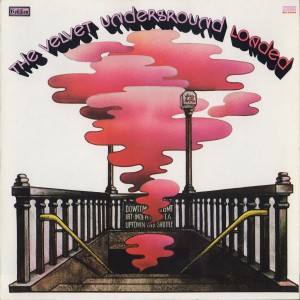 "After The Velvet Underground cut three albums for the jazz-oriented Verve label that earned them lots of notoriety but negligible sales, the group signed with industry powerhouse Atlantic Records in 1970; label head Ahmet Ertegun supposedly asked Lou Reed to avoid sex and drugs in his songs, and instead focus on making an album "loaded with hits." Loaded was the result, and with appropriate irony it turned out to be the first VU album that made any noticeable impact on commercial radio -- and also their swan song, with Reed leaving the group shortly before its release. With John Cale long gone from the band, Doug Yule highly prominent (he sings lead on four of the ten tracks), and Maureen Tucker absent on maternity leave, this is hardly a purist's Velvet Underground album. But while Lou Reed always wrote great rock & roll songs with killer hooks, on Loaded his tunes were at last given a polished but intelligent production that made them sound like the hits they should have been, and there's no arguing that "Sweet Jane" and "Rock and Roll" are as joyously anthemic as anything he's ever recorded. And if this release generally maintains a tight focus on the sunny side of the VU's personality (or would that be Reed's personality?), "New Age" and "Oh! Sweet Nuthin'" prove he had hardly abandoned his contemplative side, and "Train Around the Bend" is a subtle but revealing metaphor for his weariness with the music business. " - All Music.