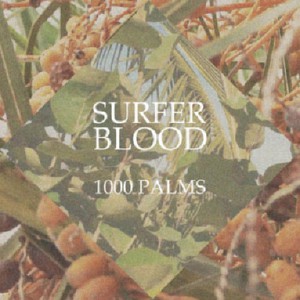 You may recall that Surfer Blood were quite the breakout band of 2009: in the midst of their own 10 gig marathon at New York’s CMJ Pitchfork took one look at their ‘Astro Coast’ debut on Kanine and praised its “lo-fl clangor, glo-fi harmonies, punchy retro-garage concision and never-out-of-style classic rock songcraft…the band appears to have arrived at its enormously likeable sound organically.” Touring with Pixies and playing every cool festival on the known planet only seemed to solidify Surfer Blood’s place in the hipster heartland.

With the band self-recording it was in the glamourous setting of an attic studio above a doctor’s office where drums were committed to tape. Of the work, frontman John Paul Pitts states “fortunately none of us are strangers to DIY recording, so this seemed like the kind of challenge well-suited to our band”.