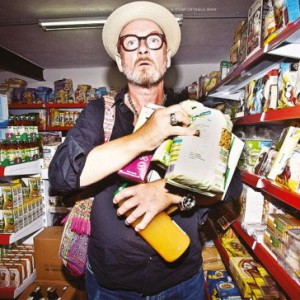 From Skinhead to Renaissance Man…

Perhaps better known to many as Chas Smash of the much loved national pop institution Madness, Cathal Smyth releases his debut solo album. Recorded at Sarm, Iguana and The Premises studios in London with producer Charlie Andrew (Alt-J), the album was mixed by longtime Madness collaborator, the renowned Alan Winstanley.

An honest, moving and deeply human record about discovery and ultimately recovery, the gestation of the album goes back to 2005 when Cathal found himself in the Cottonwood rehabilitation facility in Tuscon after the break up of a 28-year relationship.

The 12-track album also features string and choral arrangements from Royal Academy Of Music trained composer Joe Duddell, who has previously worked with Elbow, Richard Hawley, Jimi Goodwin and the BBC Philharmonic Orchestra, amongst others.

Features ‘Do You Believe In Love’, ‘You’re Not Alone’ and ‘Are The Children Happy?’.

You're Not Alone
Shabat She Comes
A Comfortable Man
Goodbye Planet Earth
Do You Believe In Love?
Love Song No.7
She's Got The Light
A Requiem For Common Sense
Are The Children Happy?
Love Song No.9
All My Lovin’
The Wren's Burial