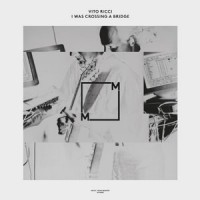 For their fifth excursion into the lesser thumbed pages of the great musical story, Music From Memory present a collection of works from a man close to the label's heart. Operating at the leading edge of NYC's underground music scene, Vito Ricci produced only a handful of self-released cassettes and one LP (titled "Music From Memory", wouldn't you know) between 1983 and 1985, with most of his work being recorded for experimental theatre and performance art pieces. Starting out as a percussionist, Ricci’s early musical journey led him to improvised and experimental jazz; working alongside such luminary musicians as Rashied Ali, Byard Lancaster, Peter Zummo and Yousef Yancey. Quickly becoming involved in the avant-­garde scene with spoken word performances, film scores for independent movies and even playing in punk bands with performances at venues such as CBGB’s and Mudd Club, Vito’s own compositions drew on all of these influences whilst channeling them through his experiments with synthesizers and drum computers. Drawing comparisons with New York’s downtown no-wave scene Vito’s compositions blend his unique use of intricate percussion with a wide sphere of musical influences to create a world of hypnotising ambient, meditative and minimal synthwave through to dubbed out electronic funk and even leftfield boogie. "I Was Crossing A Bridge" unveils Vito Ricci's unique and visionary take on electronic music, most of which was previously unreleased.