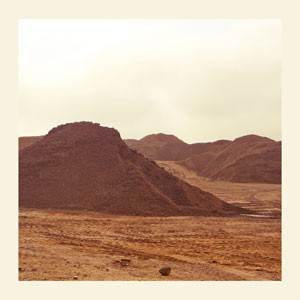 The aptly-titled "Raw Materials" sees Marquis Hawkes making a welcome return to the primitive house rhythms for which he became known via his early work for Dixon Avenue Basement Jams. Highly influenced by house originators Ron Hardy, Gene Hunt and Roy Davis Jr, "Raw Materials" updates the form with modern production techniques whilst preserving its authenticity. The title track sprawls over the A-side, making you move with a deep and hypnotic 808 beats and mesmerising dusty pads. Far deeper than a straight up banger, this is transportative club music of the highest order. The flip, on the other hand takes no prisoners, offering instead two cuts of raw drum machine clatter, strained vocal cuts and analogue tones in the form of ‘‘Ave That" and "Jerk U Later". All in all, this is a well rounded release, moving effortlessly from the immersive beauty of the A-side to the deadly dancefloor destroyers on the flip.

Patrick says: "Raw Materials" sees the DABJ mainstay blessing Houndstooth with the sexiest, most sultry house sound you're likely to hear this year. Deep, warm and intimate, this is marriage material. The two B-side cuts on the other hand, are sleazy, raw and gritty basement bangers for all the hoodrats.