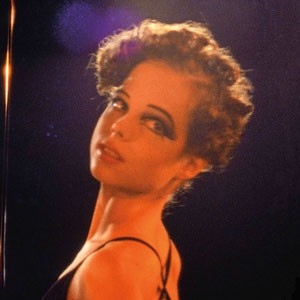 DFA Records are proud to announce the release of "In Remembrance", a multimedia project by acclaimed contemporary artist Delia Gonzalez. The project originated as a 2010 solo show of the same name at Galleria Fonti in Naples, Italy, and was further realized in 2012, with additional work, as part of the exhibition I Must Not Stop To Rest Here in Cologne, Germany. The project was further exhibited in Zurich. Both exhibitions were built around four 16mm ballet dance films, accompanied by the music composed by Gonzalez. In her words, “The film is meant to re-create the fleeting sensation of inspiration - that sacred feeling when suddenly your mind clears and you know exactly what you’re meant to create and become.”

The original piano score was initially inspired by a text by Henry Miller as well as a theory by spiritual teacher George Gurdjieff, which states that “to play scales is to become more in tune with your inner self.” This coincided conceptually with the music that Delia had been making at the time.

Musically, 'In Remembrance' finds Delia Gonzalez again straddling the lines drawn between the fine art and pop worlds. This time, instead of the cosmic, arpeggiated synths of 'The Days of Mars', we are presented with something even more beautiful. The music is immediately soothing and hypnotic, yet it also maintains a sinister undertone. Suspense and tension are expressed in a deceptively simple fashion, providing a soundtrack both mesmerizing and melancholy for the dancers in the film. Delicate layers of piano wind around each other, reflected in the mirrored motions of the dancers, filmed in leering close-ups. The four compositions combine to create a 30 minute avant-classical suite, bringing to mind Satie, or something plucked from Italy’s iconic Cramps Records in the seventies (John Cage’s Cheap Imitation is an reasonable comparison), or perhaps an alternate score to the arthouse horror film Don’t Look Back by Nicolas Roeg.

The the album also features remixes by live collabator Bryce Hackford. Bryce takes Delia’s exquisite piano score and loops, stretches, and consolidates it. There’s a range of treatments at play here - some pieces are layered with gauzy left-field electronic pulses while Track IV get a 4/4 dancefloor makeover, recommended to fans of both classic Detroit techno and newer left-field stars such as Actress. Asked to briefly discuss his mission statement in creating these remixes, Bryce simply stated that he wished that his remixes “maintain the hypnotic and simple beauty of the originals while opening them up to new spaces.”.

CD and double LP formats include a DVD featuring ballet performances set to the music of "In Remembrance".

For fans of Nils Frahm, Kiasmos, Hauschka, Philip Glass, A Winged Victory For The Sullen.