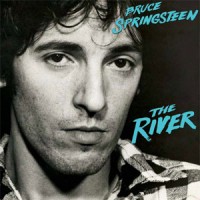 Who could have predicted that after the dense, brooding, doomy rock of 1978's Darkness On The Edge of Town, The Boss would return two years later with his first US Top 10 hit (Hungry Heart) and a double album so fresh and varied that it paved a clear way forward for a man who  5 years later would be one of the biggest rock stars in the world. This was his poppiest record so far, but in no way corny or cheap: these were hugely uplifting songs, good-time, sunroof-down rock'n'roll with smart stories to tell. But on the other side of the coin were some enormo, tear-jerking classic slowies; simply amazing tracks like Independance Day, Point Blank, Drive All Night, The Price You Pay and ofcourse, the title track itself which has become a world classic. There is an embarrasment of riches on show on this record. No home should be without a copy!

Andy says: My favourite Bruce album because it has the biggest, best ballads and his most freed-up, joyous pop songs combined. This is newly remastered from the original analogue tape.