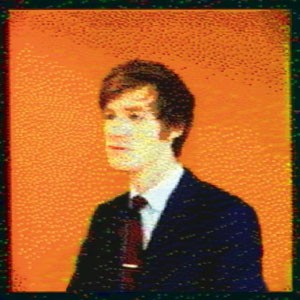 Over the last year, London-based East India Youth has combined strikingly original music with euphoric live performances and has quickly become recognised as one of the most experimental and captivating artists around.

Here he delivers brand new album, titled ‘Culture Of Volume’; his first since signing to XL Recordings. The record follows his critically acclaimed debut album ‘Total Strife Forever’ (released in January 2014 on Stolen Records) that went on to be nominated for the Mercury Prize.

‘Culture Of Volume’ opens with the synth sweep of instrumental track 'The Juddering', which does indeed judder. It then switches tack to 'End Result', an emotive, melancholic number featuring live instrumentation. 'Beaming White' and 'Turn Away', while 'Hearts That Never' and 'Entirety' head to the peak-time dancefloor with 90s rave beats, fidgeting keyboard lines and a touch of an unrelenting Underworld feel to it. Wearing its heart on its sleeve, solo vocal / synth number 'Carousel' sounds like a number U2 should have written for the Spiderman musical, but didn't. Firing up the club rhythms again, jittery 2-stepping drum & bass-ish cut 'Don’t Look Backwards' is catchy pop with fancy footwork. The album closes with the sparkling machine-pop of 'Manner Of Words' and 'Montage Resolution', which, like 'The Juddering', does exactly what it says on the tin.

Mostly recorded and produced in his bedroom at home in London and named after a fragment of verse from the poem ‘Monument’ by Rick Holland, ‘Culture Of Volume’ was mixed by Graham Sutton (Bark Psychosis, Boymerang) and the artwork was created by visual artist Dan Tombs (inspired by Andy Warhol’s experiments with computer technology).