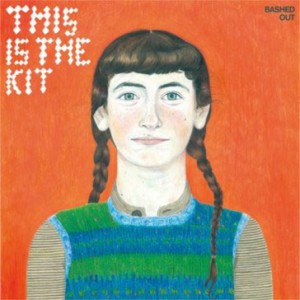 This Is The Kit is the much beloved musical project of Kate Stables, born in England and based in Paris. ‘Bashed Out’ is the result of an extended period of collaboration with the record’s producer Aaron Dessner, a member of The National well-known for bringing a warm, starmaking touch to his work with Sharon Van Etten, The Lone Bellow and Local Natives.

The backing band gathered for ‘Bashed Out’ combines the talents of This Is The Kit’s touring members alongside a number of session players drawn from the Brooklyn music scene: Bryce Dessner, Thomas Bartlett (Doveman, The Gloaming), Matt Barrick (The Walkmen) and Ben Lanz (Beirut, The National) all made key contributions.

This music is honest, human and humane - a folky-lovely slow-rumble. It’s rock but of the hangover-friendly, stoner variety; it’s folk but at a groovy speed. Frontwoman Kate Stables’ voice hearkens back to the classic singersongwriter era, her distinctive, cutting vocals upfront in the mix. It’s a self-confidence gained since her previous album, 2011’s ‘Wriggle Out The Restless’, which made her band a minor institution in the United Kingdom, especially on the radio which has embraced the group.

The Line Of Best Fit has the band as an “essential fixture of British folk music for the past 10 years… one of a handful of truly innovate songwriters working with the British folk template today.”