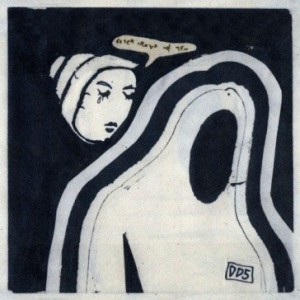 ‘The Air Conditioned Nightmare’ is the new album by Doldrums. The title was spawned by Henry Miller upon his return to the US after ten years as an expatriate.

‘The Air Conditioned Nightmare’ is the anticipated second album by Doldrums, the band led by 25 year old musician Airick Woodhead. On the follow up to his 2013 debut ‘Lesser Evil’ (which yielded tours with Unknown Mortal Orchestra, Crystal Castles, Grimes and Purity Ring and remixes for Peaking Lights, Grimes and Portishead), the DJ, producer and performer makes a sizeable leap from being darling of the Montreal warehouse creative explosion that gave the world the likes of Grimes, Majical Cloudz and Blue Hawaii to being a standalone artist and composer on the cusp of something quite special.

Doldrums apply a punk rock ethos to electronic music, creating songs using samplers and DJ gear in place of guitars. Bold, anxious, dreamlike, uplifting, glacial, hypnotic, constricting, expansive, alien - this is an album that is ever-changing. “Conflict is at the heart of this album,” explains Airick. “There’s a lot of paranoid sentiment and dystopian imagery in there. The threat of a mundane reality ties it together, as does an obsession with plasticity. Songs come from specific feelings or images. Anxiety is my default state.”

‘The Air Conditioned Nightmare’ is an album of texture and taste, an extra-sensory overload. Weaving through the mix are Woodhead’s androgynous, tweaked vocals singing lyrics like voices down broken phone lines. This is music born of the 21st century.