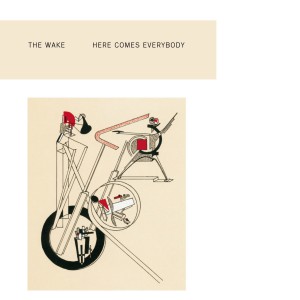 Praise for Here Comes Everybody: “Holds up as a touchstone for aching, atmospheric synth-pop, all slinky guitars, crispy percussion, textured keyboards and limber bass" (Pitchfork); “The album stands as a pillar of moody synth pop, still bearing passing resemblance to New Order while retaining the bounce of the Postcard label bands and the cavernous production of Closer-era Joy Division, covering it all in some of the heaviest synth wash this side of Klaus Schulze" (Dusted)

Now remastered for this special edition double disc package, the album is joined on Disc 1 by companion singles Talk About the Past and Of the Matter, a radio session, and a previously unreleased dub take of Torn Calendar. Disc 2 combines their final Factory EP Something That No-One Else Could Bring (produced by John Leckie) with no less than seven previously unreleased demos cut between 1988 and 1990, including unheard songs as well as material later re-recorded for Sarah Records.