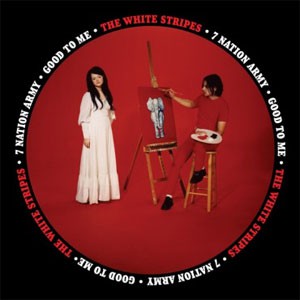 Remember Vault Package #19 with those 4 coveted clear vinyl White Stripes 7" singles from the Elephant era? Surprise! The black vinyl versions are now available! The four singles ("Seven Nation Army," "I Just Don't Know What To Do With Myself," The Hardest Button to Button," and "There's No Home For You Here") feature badass non-album b-sides, 3 of which are covers of songs from some of Detroit's turn-of-the-millenium best and brightest (Brendan Benson, Jason Falkner, Dan Miller (Blanche), Soledad Brothers), and one of which is a live White Stripes medley of "I Fought Piranhas" and "Let's Build a Home," recorded at New York's legendary Electric Lady Studios.

Most of these tracks have been remastered from the original analog sources, and the artwork on all the singles has been improved upon by the Third Man Creative Hive.