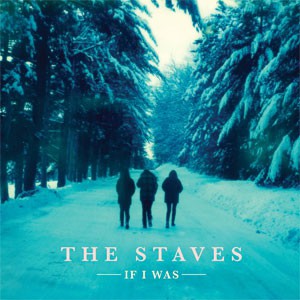 Produced by Bon Iver's Justin Vernon at April Base - his Eau Claire, Wisconsin studios, 'If I Was' is a record that takes the initial blueprint of 2012's 'Dead & Born & Grown' debut LP, and gives it a real sense of muscle, darkness and depth to those already untouchable harmonies. Having toured the globe extensively with Bon Iver, the bands became firm friends, and an initial visit to Eau Claire soon became the basis for the new album sessions. What they've produced is a genuinely beautiful, soaring and powerful album that firmly positions The Staves as one of Britain's most treasured young bands.