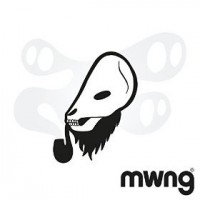 Originally released in 2000 on the band’s own Placid Casual label (between deals with Creation and Sony), the Super Furries career-defining fourth album Mwng was the band’s only Welsh language long player. It reached Number 11 in the UK album charts and was their highest selling record globally up to that point. It remains the biggest selling Welsh language album of all time. On its original release, the record was praised in an Early Day Motion in the House of Commons for its significant part in promoting the language and culture of Wales.