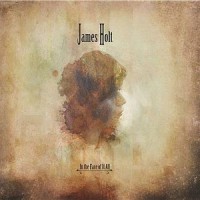 James Holt is a 21 year old singer/songwriter from Manchester. Music has been his life from a very early age. He is a classically trained pianist (since 6), guitarist (since 9) and cellist (since 12), and also has grade 8 theory. He achieved four grade 8s and then went onto graduate from the University of Salford with a First Class BA Honours Degree in Music, majoring in composition and arrangement. He is now studying for a MA in Music Composition at Salford University. He was also awarded the Derek Scott Composition Award at his graduation ceremony.

His song 'Whatever Happened to John?' was chosen by Brian Eno. Brian Eno, a world-renowned producer, said of the track: "Brisk, funny, exciting. Great drumming. This track feels fresh and exciting to listen to". James is particulary pleased because he recorded and produced the song himself. Brian Eno chose the song via the NOISE Festival 2014.

With his unique blend of folk and alternative rock, James performs regularly at venues and festivals in towns and cities accross the UK including Manchester, Liverpool, Leicestershire and Bolton.

He has a love of composing and arranging and a desire to write lyrical songs in many styles. He records, writes and produces all his own music and is inspired by The Beatles, Bob Dylan,Tame Impala, Radiohead, Miles Davies and Bill Evans.