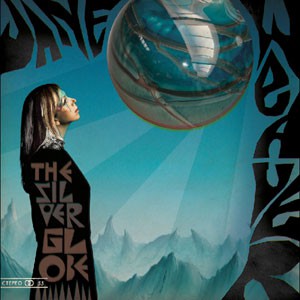 Like all good parables Jane Weaver’s sixth solo album, a concept album called ‘The Silver Globe’, is as multifaceted as it is beguiling. Part coming of age / part cautionary tale and part romantic paeon, this twelve track synth ridden post-apocalyptic prog pop opus is based on tightly embroidered, non-linear recurring themes and inspired by esoteric stories, cosmic imagery and refiltered past experiences.

As well as being voted our album of 2014, by the end of last year, ‘The Silver Globe’ had earned a Worldwide Top Ten Track Of The Year accolade by Gilles Peterson, gleaned across the board full-stars and thumbs up from the music press, benefitted unanimous repeat plays from virtually every specialist DJ on BBC6 Music (amongst many more global radio stations), found DJ mix support from Andrew Weatherall and filled most of the pages in a twelve month diary with gig and festival requests. Meanwhile, Jane’s own Bird Imprint (via Finders Keepers) has worked around the clock to keep up with stock demands of her new (and old) music. Album collaborators such as David Holmes, Andy Votel and BC Camplight share gushing pride in the project and with this unanimous critical support (and long earned respect) Jane has reacted in the only way she knows best - to keep creating.

Barely six months since its initial release Jane releases an expanded edition of ‘The Silver Globe’, including a second full-length disc called ‘The Amber Light’, which follows the original album with the same dedication and adventurous zeal.

With a title that alludes to the toils of trepidation and a running theme of industrial procreativity and DIY handy craft, ‘The Amber Light’ carves a niche between new age motivational music, Radiophonic folk and snarling Krautrock, echoing the kosmische stylings of ‘The Silver Globe’ with the punk urgency of 80s domestic-synth pop. Featuring four brand new songs, three exclusive instrumental themes (including a commissioned theme from an American vampire film) and three new collaborative re-workings / duets based on tracks from ‘The Silver Globe’, this extensive package harbours co-production work from Tom Furse (The Horrors), Andy Votel, Suzanne Ciani, members of Demdike Stare and original ‘Silver Globe’ inhabitants Pete J Phillipson and Martin King.