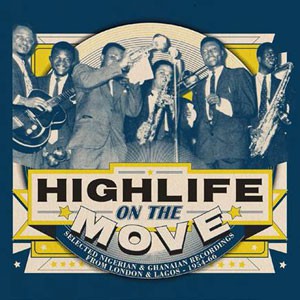 In conjunction with compiler and highlife researcher Dr. Markus Coester, Soundway Records present a very special release. Double CD and triple 180g gatefold vinyl (with a bonus 7 inch). This 45 includes the two first ever recordings by a certain Fela Ransome Kuti with his band The Highlife Rakers. Recorded by Melodisc in London in 1960 both tracks have been unearthed after more than fifty years in hiding.

In many ways this compilation is a prequel of sorts to Soundway's groundbreaking Nigeria and Ghana Special compilations, telling the early story of modern highlife's foundation and formulation. It traces the music from West Africa to London, adding elements of jazz, mambo and calypso along the way and paving the way for the afro sounds of the 1970s.

Accompanied by a 44 page CD booklet and 12 page vinyl booklet, the notes by Dr. Coester include rare photographs, labels and advert reproductions alongside some stunning and very rare recordings.