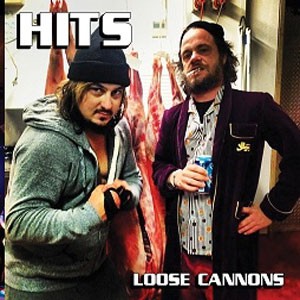 Agitated's favourite album that they didn’t release in 2014 was the amazing bulldozer of australian rock and roll driven by HITS. "Hikikomori" was released in Australia and France, Agitated asked to do a single, a proper old fashioned 7" single. HITS obliged, and the track "Loose Cannons" (from the album) was chosen as the a-side, with the unreleased studio version of Big Black Car.

Both songs recorded with Radio Birdman /New Christs' Rob Younger at the desk. Loose Cannons kicks out your speaker dust with a sound that can only be from Australia, loud guitars, riffs a-plenty, hi energy rock and roll with killer vocals. and then theres "big black cars" on the flip, a previously released live version blew peoples ear offs, this studio version is even more proof that rock and roll action from Australia is superior to all!

The Honeymoon SuiteCalm Your Little Passions