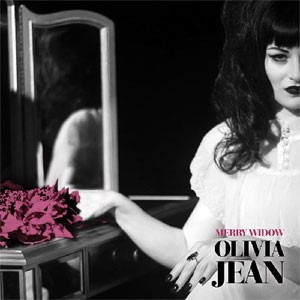 Multi-instrumentalist Olivia Jean announces the release of Merry Widow, 7" vinyl for album track "Merry Widow" and album B-Side cover "You Really Got Me," through Third Man Records, in support of her critically acclaimed debut solo record, Bathtub Love Killings. Jean's "You Really Got Me" cover was recently hand selected as the featured song in the newly released YSL Mascara commercial, alongside model Cara Delevingne.

"As a songwriter, she has unerring ear for crafting memorable hooks and deftly blurring genre lines, making her songs sound instantly familiar...but even as a smitten fan, I wasn't quite prepared for the joys of Bathtub Love Killings." - WBEZ.

"In the final estimation, Bathtub Love Killings is Olivia Jean's show. She holds down acoustic and electric guitar duties as well as all the keyboards and vocals, putting her twinned signature stamp of seductress kitten/wronged lover on pretty much every number." - Blurt.