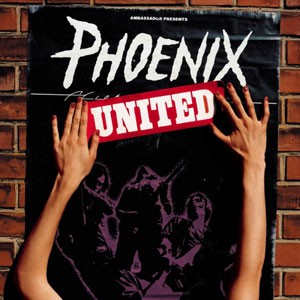 "Heatwave", the funk-flavoured track on 1999's Source Rocks compilation, suggested Phoenix were another product of the French filtered disco wave. On the basis of United, it was a red herring because the album is suffused with breezy, retro-flavoured rock numbers. One of the band, keyboard player and guitarist Branco, was in Darlin - the indie act that spawned Daft Punk - but if they went one way, he surely went the other. United is reminiscent of West Coast American FM pop rock, with nods to everyone from Crosby Stills Nash and Young to "Jump"-era Van Halen. The thrilling "Too Young" and swooning "On Fire" are rattling good pop songs that fall on the right side of affectionate pastiche. "Summertime" is an enthusiastic power pop thrash, "Embuscade" a Steely Dan-styled jazz rock instrumental and "Summerdays" a carefree country-tinged trip to the beach.