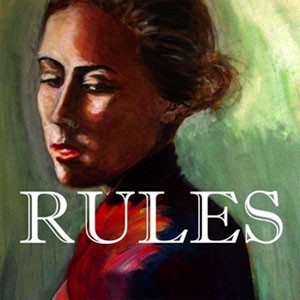 Original press release: Lucky Number are thrilled to announce the release of both Trick and Rules the latest albums to be released by the Philadelphia-based songwriter Alex Giannascoli, more commonly known as Alex G. Trick and Rules follow on the acclaimed heels of the November 2014 international release of Alex’s fifth album, DSU. Recorded prior to DSU and previously only available via Alex’s Bandcamp account, the albums have now been professionally mastered and are being made commercially available for the very first time.

Rules is soaked in the distinctive personality that is Alex G; the professionally mastered versions of these tracks further highlight that Alex has a serious knack for melodic songwriting.