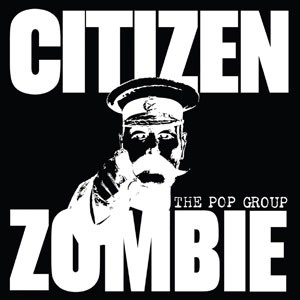 Post punk provocateurs The Pop Group, one of the most wildly innovative and barrier-shattering bands to emerge from the late ’70s era are set to release their first studio recording in 35 years. The album ‘Citizen Zombie’ has been produced by one of the biggest names in commercial pop music, multi Grammy and Academy Award winner Paul Epworth (Adele, U2, Florence & The Machine). The album, features original members Mark Stewart (lyrics / vocals), Gareth Sager (guitar), Dan Catsis (bass), and Bruce Smith (drums).

Rolling Stone recently featured The Oral History of The Pop Group, citing the band as inspiration for everyone from Nick Cave to Nine Inch Nails, and going on to say: